Exploring the interconnections between culture, ideology and hegemony, the present work is an effort to understand and explain how Indians, under colonial subjugation, came to terms with their past and present, and thus envisioned a future for their society. This process of exploring the indigenous epistemological tradition and assessing it in the context for the advances made by the west was not unilinear and undifferentiated; it was riven with contradictions, contentions and ruptures. Locating intellectual history at the intersection of social and cultural history, this book covers a wide range of issues, moving from an overview of religious and social ideas in colonial India to more empirical studies of themes like indigenous medicine, family and literary fiction. Professor Panikkar contests both the imperialist and nationalist paradigms of intellectual history; his analysis is illumined by a rare sensitivity to the nature of class formation and class values, as well as to the material conditions of human existence. Meticulously researched and lucidly argued, the book is significant for the theoretical and methodological engagements it offers. It should prove to be of interest to students of the intellectual history of colonial India and of colonial societies in general.

K.N. Panikkar was Professor of Modern History at the Centre for Historical Studies, Jawaharlal Nehru University, New Delhi. He has written extensively on the cultural and intellectual history of colonial India. His publications include British Diplomacy in North India (1968), Against Lord and State: Religion and Peasant Uprisings in Malabar, 1836–1921 (1989), Culture and Consciousness in Modern India (1970), National and Left Movements in India (1980), and Communalism in India: History, Politics and Culture (1991). He has also compiled two source volumes: Peasant Protest and Revolts in Malabar (1990) and Towards Freedom, 1940: A Documentary History of the Freedom Struggle. 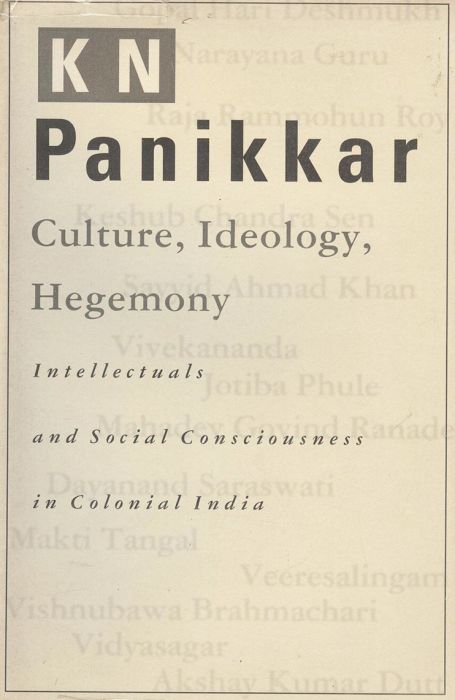