Globalization and Its Discontents, Revisited

There have been few who have tried to grasp globalization as a process that pre-dates contemporary processes, back to the times of the trading empires centred on Asia and the Indian Ocean, or even modern imperialism from the late 19th century. The essays in this collection seek to explore one of the many aspects of this dialectic. The authors, of diverse theoretical orientations, generally do not discuss globalization directly. They take it to be dialectical process of some historical depth, going back at least to the European conquest of the New World. What they seek to explore is that while the process of globalization is, indeed, global, its presence, its structuring and its effects are felt, in varied ways, very much at the local level. In doing so, they have, directly or indirectly, rescued local actors from the more usual portrayal of being mere victims. Instead, in most of the essays, local actors emerge very much as active participants, making history, or crafting their conceptual categories, even their pottery, not in circumstances of their choosing nor as they may have liked, but making it, all the same. These local actors resisted and/or seized upon the opportunities opened up by the globalizing process. They were sometimes tragic figures, not fully cognizant of the global forces against which they were arrayed, and sometimes because they did not pay sufficient attention to local forces. But always, they were not simply lifeless figures buffeted by forces beyond their control. While others have made these same points before – most famously the ‘subaltern’ school of historiography – they deserve to be made again, albeit with a different nuance, now cast within the current framing awareness of globalization, and against the all-too-common tendency to view and portray the relatively weak merely as victims.

Khoo Khay Jin was an independent researcher and lived in Malaysia.
ECONOMICS |
Skip to the end of the images gallery 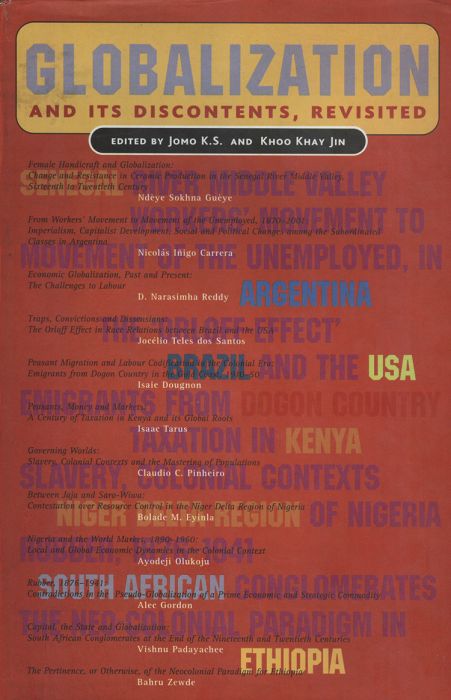