Fire and Other Images

Fire and Other Images comprises a selection of prose pieces by Paritosh Sen, originally written and published in Bengali and rendered into English here, in an attempt to make them available to a wider audience. The pencil sketches that illustrate the narratives were done by the artist for this book.

In these vignettes of his past Paritosh Sen evokes a world that we have lost, a memory of what has been and gone; yet the very act of evocation creates a powerful presence. His family was large enough for him, as a child, to lose himself in his own vision of the world: a vision that has remained with him and is recalled in moments of reflection. It is this vision that he shares with us in the pieces that bring to life memories of his boyhood in Dhaka; of his relationship with his father which, though distant, is deeply imprinted in him; of the fire at his father's cremation which he describes in forms and colours that explode in his mind's eye; of the death of his mother which he poignantly juxtaposes with the anguish of a mother mongoose separated from her captured babies.

Paritosh Sen responds profoundly to the landscape, trees, plants, birds and people that surround him. For him the magnificent Arjuna tree, the 'tree in his village', for instance is like a high-rise building - with a hierarchy among the birds that nestle separately in the various branches of the tree, and between them on the snakes and iguanas in its roots. The tree thus becomes a universe in itself.

On a lighter note, we share his enthusiasm for gourmet meals ranging over a spectrum of cuisine. His ability to laugh at himself is the most appealing part of those pieces where the underlying hilarity arises from unexpected encounters - with women in unusual situations or with strangers who make incomprehensible demands.

Paritosh Sen the artist comes through forcefully in the pieces where he recalls his meetings with Brancusi and Picasso. The description of Brancusi in his studio is a splendid glimpse of a sculptor at work. In his narration of his encounter with Picasso we are made aware of the initial awe that is gradually replaced by a recognition of the immense human qualities that go into the best creativity, and of the way in which Picasso epitomized some of these. The artist in Paritosh Sen also surfaces in his stunning description of travelling across the waters at Abu Simbel at dawn. The creativity inspired by a recollection of a past world and of the attempt to comprehend the present, is preserved in both his paintings and writings. This connectivity is germane to Paritosh Sen's understanding of himself as part of the universe and it provides many dimensions to his perceptions. Some enter his consciousness fleetingly and others are more deliberately called forth, but they all provide clues to what goes into the making of his articulation as an artist. One of the most impressive among these is his conviction that creativity can only exist in a condition of freedom. Both his painting and his writing are statements that endorse freedom as necessary to creativity and as central to the human experience.

Born in Dhaka (now in Bangladesh) in 1918, Paritosh Sen studied art at the Government College of Arts and Crafts in Madras, and at Andre Lhote's School, Academy Grand Chamier, Ecole de Beaux Arts and Ecole de Louvre in Paris. Since 1946, he had numerous one-person and group shows in India and abroad, and his paintings are part of the collections at the National Gallery of Modern Art (Delhi), the Ministry of External Affairs, Rashtrapati Bhavan and the Birla Academy (Calcutta), to name just a few. He taught and lectured on art at various national and international institutions. Documentary films on his work have been made by the West Bengal government (1962), by Doordarshan, Calcutta (One Day in the Life of a Celebrity, 1988), and by German television on the occassion of the India Festival there. Among his many awards are: a prestigious medallion, 'L'officier de l'ordre des Arts et des Lettres', conferred by the Republic of France in 2002, a Doctorate of Literature by the Rabindra Bharati Univeristy, Calcutta, in 2002, and the Aban-Gagan Puraskar given by Visva-Bharati, in 2000. Paritosh Sen's publications include numerous articles in journals on the problems of contemporary art, and three Bengali collections of essays and stories: Zindabaha, Abu Simbal, Picasso o Anyanyo Tirthe and Amsundari o Anjanyo Rachana. 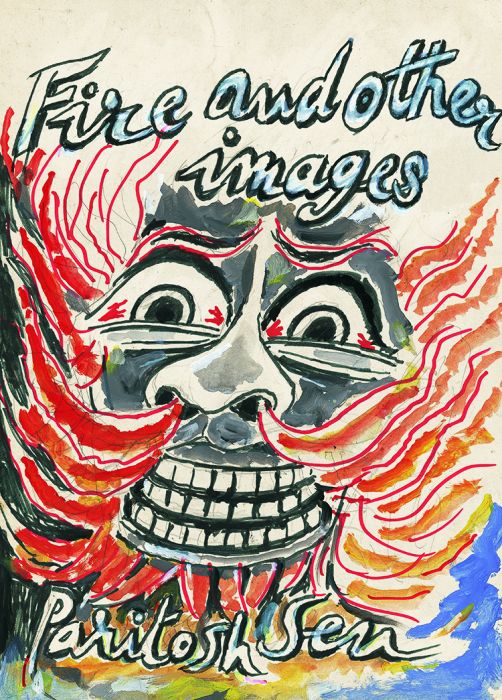