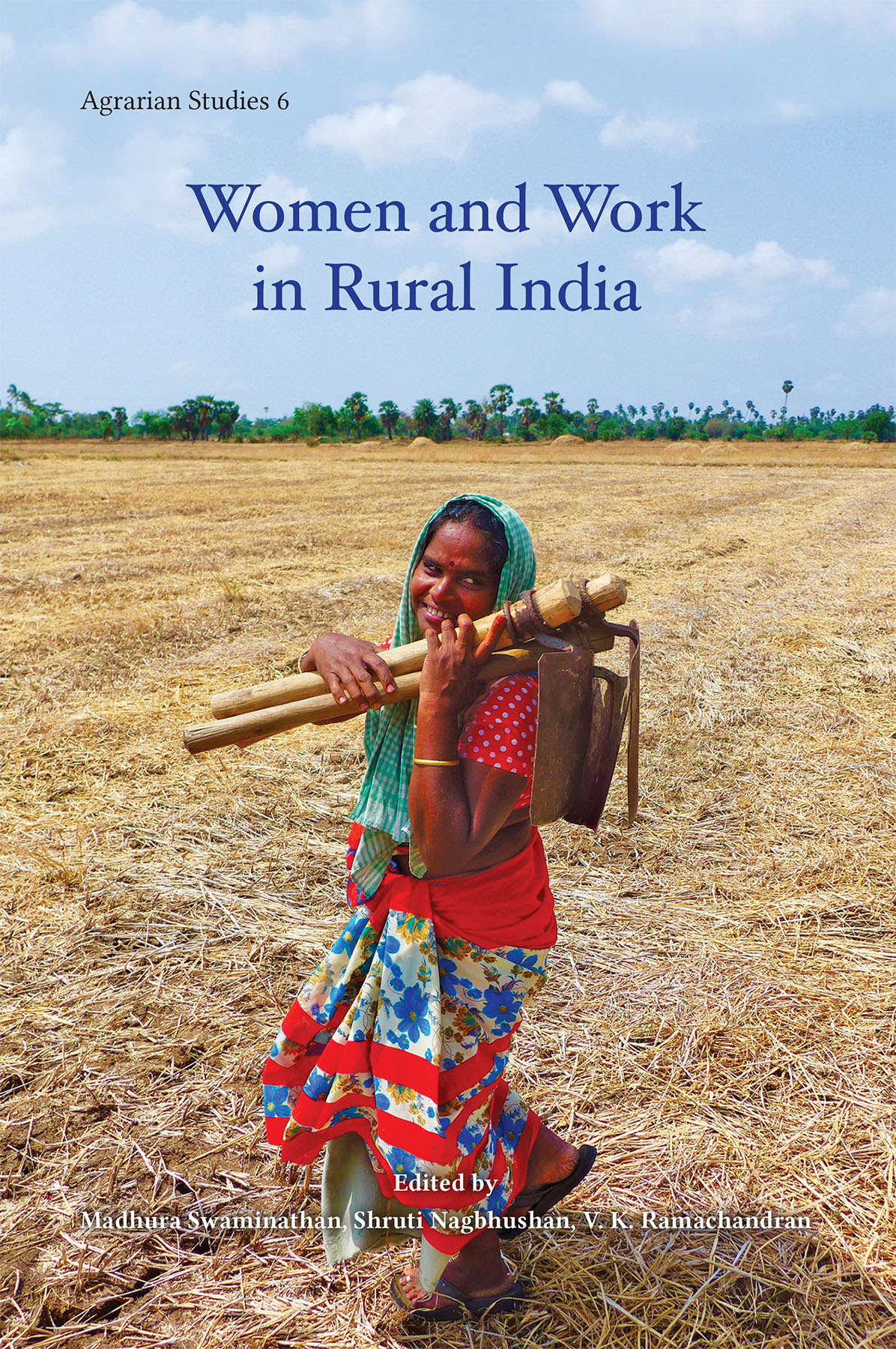 An online book release event for Women and Work in Rural India was organized by the Foundation for Agrarian Studies, Bengaluru, on 25 August 2020. The book was released by Brinda Karat, Politbureau member of the CPI(M), who also gave the keynote address.

Amit Basole, Judith Heyer, K. Hemalata, Madhura Swaminathan, Mariam Dhawale and Pallavi Chavan took part in a panel discussion after the book release around the themes dealt with in the book, which was followed by a lively exchange of questions and answers. The event concluded on a thought-provoking note: dots were connected and links established, many things fell into place and many more were thrown open for future research.

The sixth volume in the Agrarian Studies series published by Tulika Books in association with the Foundation for Agrarian Studies, Women and Work in Rural India is edited by Madhura Swaminathan, Shruti Nagbhushan and V.K. Ramachandran. The book seeks to extend our understanding of the nature of women’s work in different sectors of the rural economy. It does so by drawing on new concepts and definitions and multiple sources of data, in particular, time-use surveys and gender-disaggregated data from village surveys. The book has six sections, with papers covering a range of issues on the general subject of women in rural production. These include conceptual, theoretical, and methodological issues in understanding women’s work, women’s work in agriculture and allied sectors, women in non-agricultural work, the gender gap in wage rates, class and caste issues, and rural women’s access to finance.

An online book release of Rethinking the Social Sciences with Sam Moyo, edited by Praveen Jha, Paris Yeros and Walter Chambati, was held on 26 August 2020 as part of the dialogue series Spectres of Crisis, Rays of Hope organized by the Agrarian South Network, Harare.

The book is available to international readers at a 20% discount on the Columbia University Press website by using coupon code CUP20 at checkout , and to readers in India at a 10% discount at www.tulikabooks.in, from 26 August to 26 September 2020.

The book brings together renowned scholars from Africa, Asia, Europe and the Americas to celebrate the lifelong and seminal contribution of Professor Sam Moyo to the social sciences. Sam Moyo was a Zimbabwean scholar whose intellectual trajectory was part and parcel of the emergence of a critical scholarship in political economy from the 1970s onwards based on the realities and intellectual traditions of Africa and the Third World. His work influenced the global research agenda on diverse issues related to Africa and the South. He went on to become a leading force in the creation of a South–South dynamic in research collaboration in the 2000s, in defence of the epistemic sovereignty of the South.