Announcing the launch of our e-books 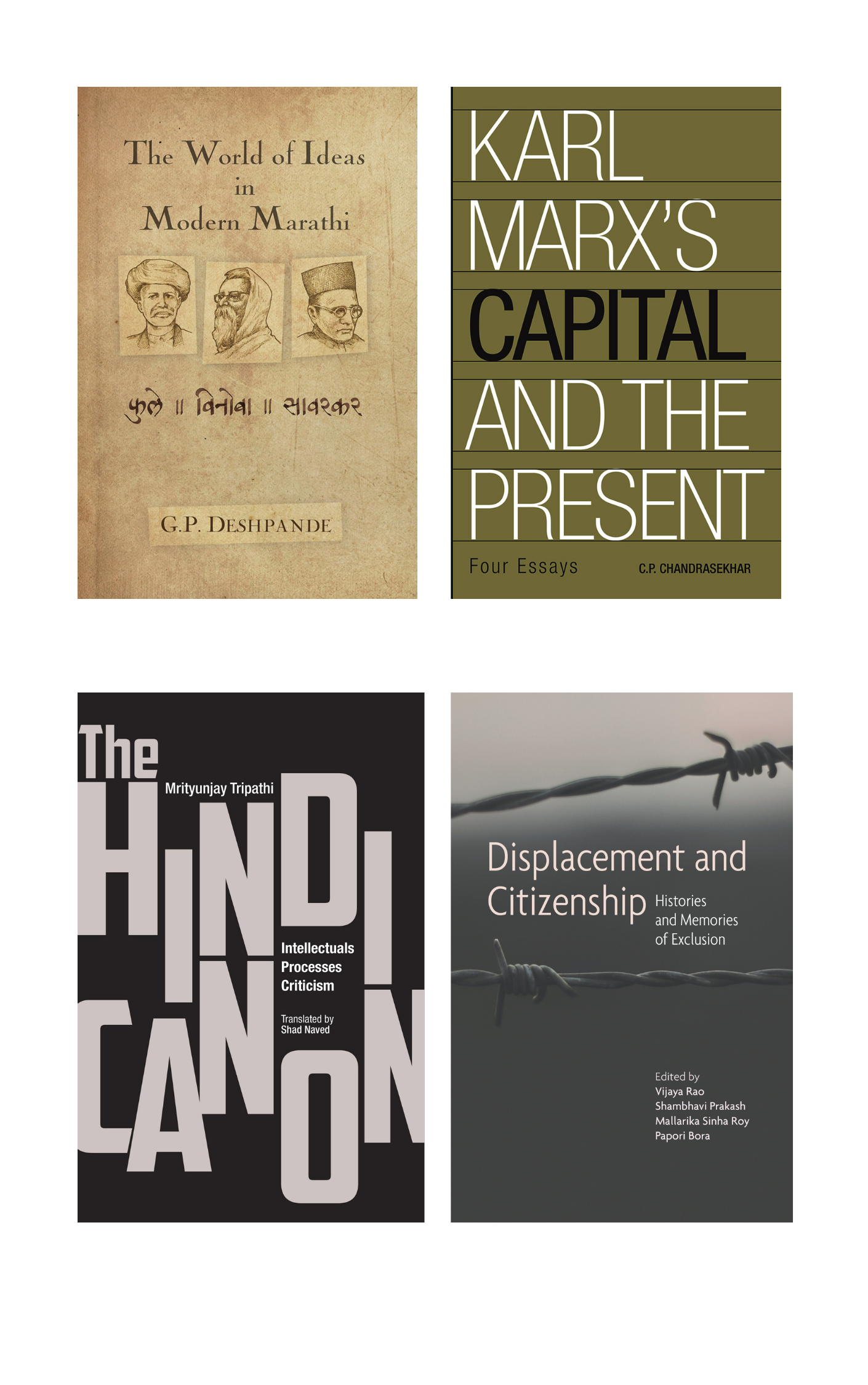 Only a click away on Amazon Kindle, from 30 September 2020, are the e-editions of:

The World of Ideas in Modern Marathi: Phule, Vinoba, Savarkar 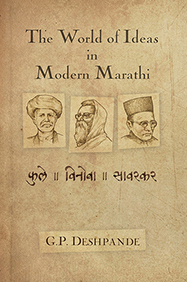 The historiography of nineteenth-century India is beset by a problem which flows from an assumption that India is one history area. It is within the grand narrative of Indian history that debates in different regions and in various language discourses are viewed and interpreted. This leaves a large gap in our understanding of particular histories, especially the history of ideas. G.P. Deshpande’s book shows us the riches we can hope to unearth if only we start listening to the vernacular. He discusses the ideas of three influential – and vastly different – thinkers in Marathi: the radical ideologue of shudratishudra emancipation, Jotirao Phule; the Hindutva ideologue V.D. Savarkar; and the ideologue of Vedanta supremacy, Vinoba Bhave. This unusual grouping itself helps us break out of conventional ways of looking at intellectual history, but the author goes further. By analysing the writings of these thinkers in conjunction with writings on them in Marathi, he underlines that the reception of their ideas in that language is as important as the ideas themselves. He thus points to a method of reading that will be useful to those interested in the history of ideas in any Indian language.

G.P. Deshpande (late) taught Chinese Studies at the Jawaharlal Nehru University, New Delhi, for thirty-five years. Apart from academic writings on China and international politics, he ran a regular column in the Economic and Political Weekly for about three decades. A prolific writer in Marathi, he published ten plays, two volumes of social and literary criticism, and one collection of poems in that language. He received the Maharashtra State Government award for playwriting on three occasions, and was also a recipient of the Sangeet Natak Akademi award. His publications in English include Talking the Political Culturally and Other Essays (2009), Dialectics of Defeat: Problems of Culture in Post-Colonial India (2006) and Political Plays (1998). He edited The Selected Writings of Jotirao Phule (2002). 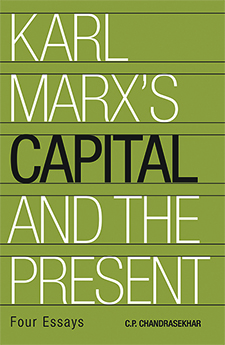 Capitalism has been hugely transformed in the more than 150 years since the publication of the first German edition of Das Capital, especially with the rise to dominance of finance and the overwhelming presence of financial wealth. The essays in this book, originally delivered as four public lectures, revisit Karl Marx's Capital today, to use his characterization of the essential features of capitalism and his analysis of its laws of motion as a point of departure to understand the nature of contemporary capitalism and it’s dynamic. They also examine the factors determining the recurrence of severe crises that afflict capitalism today and discuss the reasons that may explain the resilience of the system despite those disruptions.

C.P. Chandrasekhar taught economics at the Centre for Economic Studies and Planning, Jawaharlal Nehru University, New Delhi. His areas of interest include the role of finance and industry in development, and fiscal, financial and industrial policy reform in developing countries. 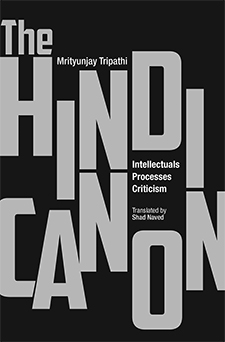 This book, first published in 2015 in Hindi, was acclaimed as one of the first critical studies on the processes of canonization (pratimanikaran) in Hindi. Its use of the English term ‘canon’ opened a new set of questions about the rise of languages of criticism in Hindi, which, the book argues, have consistently developed around a concern for selecting writers and poets for establishing the Hindi literary canon. It presents a systematic but critical account of the beginnings, in the late colonial period, and later development of the processes of canonization in Hindi via such representative intellectuals as Garcin de Tassy, George Grierson, the Mishr Brothers, Mahavir Prasad Dwivedi, Ramchandr Shukl, Hazari Prasad Dwivedi, Muktibodh, Ramvilas Sharma, Namvar Singh, Vijaydev Narayan Sahi and Nirmal Verma. The intergenerational debates between these writers (on devotionalism, eroticism and colonization) plough through the historical ground of development of Hindi around such canonical figures as Kabir, Jayasi and Tulsi, offering fresh ways to understand and relate to Hindi and its literature today. The book proposes an intellectual history of Hindi criticism into the twentieth century, which today faces the challenge of decanonization from feminist criticism and Dalit thought.

Mrityunjay Tripathi is Assistant Professor in the Hindi programme at Ambedkar University, Delhi. He has translated the autobiography of Mallikarjun Mansur into Hindi (Ras Yatra), and a Hindi translation of John Berger's Ways of Seeing is under preparation. Siyah Hashiye (Dark Margins) is a published collection of his poetry.

Shad Naved teaches in the Comparative Literature programme, School of Letters, Ambedkar University Delhi. He is currently working on a monograph, Against Vernacularity: Historical Eros in the Urdu Ghazal.

Displacement and Citizenship: Histories and Memories of Exclusion

Displacement and Citizenship: Histories and Memories of Exclusion captures the crises of forced migration, internal displacement due to conflict situations and development-induced migration. The essays in this volume record the experiences of societies in South Asia (India, Bangladesh), Latin America (Peru), Europe (Germany, Austria) and Africa (Reunion Island, Namibia, Rwanda), each of which has histories marked by large-scale displacement caused by colonial policies of land capture, slavery or indentured labour, or partitions and other exclusions in the very birth of the nation-state. The essays are more than mere cautionary tales. They articulate how the denial of ‘belonging’ leaves a mark not only on individuals, but also on the nation that excludes, as well as the implications it has for citizens’ access to rights and the solidarity of fellow-citizens.