Writings on Law and Life

The severe setback to India’s polity during the period 2018–21 is distinct and unprecedented. It is inaccurate and erroneous to describe this phase as one of an informal Emergency. These four years, in continuation with the political shift that occurred with the Narendra Modi I regime in 2014, shows the country’s transformation. This change, if not checked, can lead to annihilation of the very idea of India.

To fight the existing despotism, one needs to understand its characteristics politically, economically, socially and constitutionally. One way of doing this is to reflect on the contemporary issues and developments in the legal realm which are closely associated with the political transition. This book is an attempt to explore the process of ‘deconstitutionalization’ which India has put up with, by looking at certain contemporary topics. The chapters, cumulatively, make out a case for cautious political optimism in the face of challenges. A great democracy, even with all its limits, is not to be surrendered to plutocracy underlined by bigotry.

Jasti Chelameswar retired as a judge of the Supreme Court of India. He authored the judgment in Alagaapuram R. Mohanraj (2016) that underlined the  principles of natural justice  in the internal proceedings of the legislative bodies. In Rajbala v. State of Haryana (2015), he endorsed the legislative amendment that introduced minimum educational qualification for candidates in the local body election. He was also part of the bench that delivered the verdict in Shreya Singhal Case (2015) that emphasized the importance of free speech. His dissent in the National Judicial Appointment Commission Case (2015) is a classic pronouncement on legislative prerogatives. He has been an ardent critic of the systemic deficits in Indian Judiciary.

Kaleeswaram Raj is a lawyer in the Supreme Court of India. He was the lead counsel for the petitioner in Joseph Shine v. Union of India (2018), the case that decriminalized the offence of adultery in India. Raj has been an active litigation lawyer in the fields of civil, criminal and constitutional law. He has earlier authored The Spirit of Law (2012) and Rethinking Judicial Reforms: Reflections on Indian Legal Syatem (2017).

He has been writing on socio-legal issues in leading newspapers and periodicals in India. He lives in Delhi and Kochi. 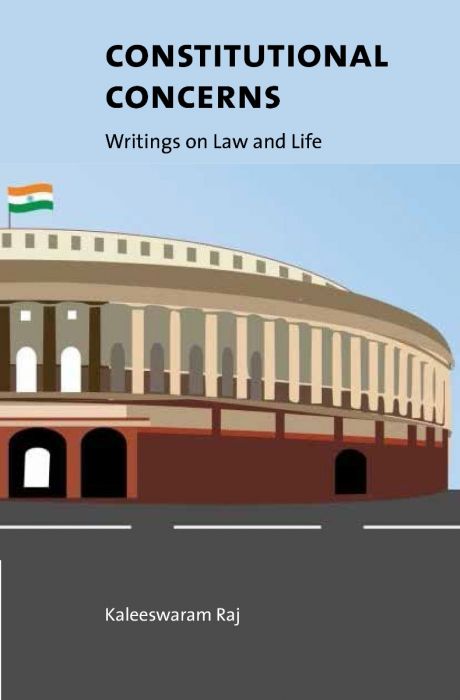