Farming and Working under Contract

INR 0.00
In stock
SKU
Farming and Working under Contract

Contract farming has expanded and deepened its reach under neo-liberalism, alongside the large-scale land acquisitions under way via purchases or lease agreements. Contract farming in high-value agricultural chains has been touted by international governmental and non-governmental organizations as a solution for peasants and rural communities, in terms of access to markets, inputs, credit, technology, incomes and employment. Yet global agricultural value systems remain monopolistic and continue to function on the basis of structural asymmetries between multinational corporations and smallholder farmers, as well as the workforce mobilized among family members and farm workers. Decision-making powers over land use and the production process are typically ceded to the MNCs, even if indirectly, while social and environmental costs are borne by the peasants and workers themselves. Positive experiences for peasants and workers have been noted in research, especially when cooperatives, trade unions or state interventions shift the relation of forces. But such experiences within global value systems are not generalizable, nor are they sufficient for the social and economic transformation required today in the global South.

This book brings together studies by researchers associated with the Agrarian South Network, to examine the different types of contract farming arrangements in Africa, Asia and Latin America. The studies assess the dynamics of contract farming for various crops, markets and farmers, and point to the need for an urgent change of direction in thinking about the global agrarian question.

Paris Yeros is professor of international economics and coordinator of the Postgraduate Program in World Political Economy at the Federal University of ABC (UFABC), São Paulo, Brazil. He has been visiting fellow at universities and institutes in Brazil, South Africa and Zimbabwe. He has published on land and labour relations and the agrarian and national questions in Africa, Latin America and the South.
He is editor of Agrarian South: Journal of Political Economy.

Praveen Kumar Jha is Professor of Economics at the Centre for Economic Studies and Planning (CESP) and an adjunct professor at the Centre for Informal Sector and Labour Studies (CISLS), School of Social Sciences, Jawaharlal Nehru University (JNU), Delhi, India. He has been a visiting fellow at a number of universities and institutions in Germany, China, Switzerland, South Africa and Zimbabwe, and has collaborated in research programmes with UN agencies, including ILO, UNICEF, UNDP and FAO. He has published widely on labour and agrarian relations, the economics of education and public finance. He is editor of Agrarian South: Journal of Political Economy. 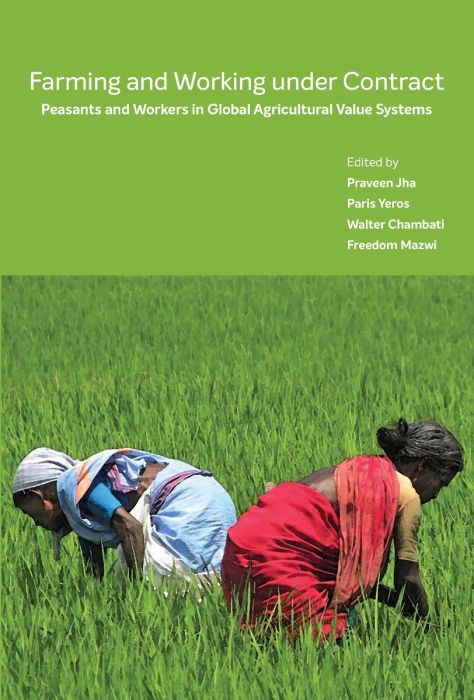