The journey of Ritwik Ghatak’s Nagarik from the shooting of the film to its release was an extremely chequered one. While it was shot in 1952, three years before Satyajit Ray’s Pather Panchali, it was released only twenty-five years later, in 1977, after Ghatak’s death in 1976. Set in Calcutta in the immediate aftermath of the Partition, the film chronicles the struggles of a family from North Bengal as they desperately strive to survive in a metropolis that is unable to address the necessities of thousands of people pouring in from across the border. The protagonist Ramu, like hundreds of other young men, struggles to find that elusive job which will enable him to stabilize his disintegrating family. Unemployment, starvation, incessant dislocation, and the yearning for stability and a home mark the lives of the families in this film. While there is no explicit mention of the Partition, the circumstances, poverty, survival struggles, desperation, and the intense and desirous memory of a different past – all indicate that it is Partition that is the structuring absence of this film. Ghatak was to return to the theme in three other films that have been known as the Partition Trilogy: Meghe Dhaka Tara, Komal Gandhar and Subarnarekha. With this recreation of the screenplay of Nagarik, it will be clear that Ghatak’s Partition films, those that deal with the lives of refugees in Calcutta directly, or as in this one analogically, form a quartet and not a trilogy. Nagarik also represents an enticing historiographical idea, the ‘what if’ of Indian film history: perhaps if it had been released in 1952 when it was made, and before Pather Panchali, the accounts of Indian art cinema that have privileged the Ray film would have been different, and Ghatak may have been accepted as an important Indian auteur in his lifetime.

The screenplay of Nagarik in this volume has been recreated from the released version of the film on DVD and the published text of Nagarik by Ira Bhaskar and Rani Ray.

Rani Ray has taught English at the University of Delhi, University of California at Santa Barbara, and Institute of English Studies at Lodz (Poland). She has translated many short stories from Bengali to English, including those by Ritwik Ghatak, Bibhutibhushan Bandyopadhyay, Sunil Gangopadhyay, Joy Goswami and Anita Agnihotri.

CINEMA/ FILM STUDIES |
Skip to the end of the images gallery 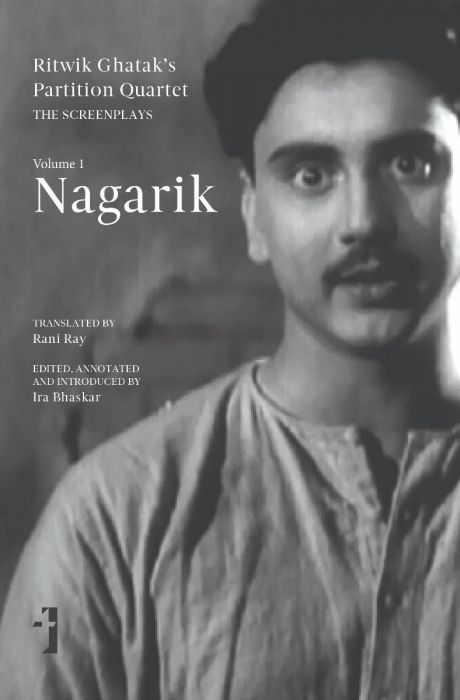