The Hunger of the Republic

Our Present in Retrospect

INR 0.00
In stock
SKU
The Hunger of the Republic: Our Present in Retrospect

The Hunger of the Republic: Our Present in Retrospect (Volume 1 in the India Since the '90s series) is a text and visual assemblage. Across the 1990s and early 2000s, key concepts of democracy – of welfare and justice, of people and citizen-subjects – got mutated into unrecognizable avatars. It was a change being recorded in real time by artists, academics and diverse cultural producers. Brought together and viewed in hindsight, their work appears unexpectedly prescient. Documentary and art images, maps and letters combine with essays on politics, economics, cultural studies and aesthetics to produce a retrospective account for how our present came to be.

India Since the 90s (general editor: Ashish Rajadhyaksha) is a series of six titles exploring recent history from the standpoint of the present moment. As we face new and unprecedented phenomena in the twenty-first century, along with the new, there is also a ghostly re-evocation of things we have seen and done that relentlessly suggest that we may have been here before. Familiar forms and arguments become curiously prescient revealing new relevance. This series includes texts and images from diverse academic disciplines, curated and assembled by practitioners looking back to reconsider our past.

Ashish Rajadhyaksha is an independent scholar and curator. He has authored several books such as Indian Cinema in the Time of Celluloid: From Bollywood to the Emergency (2009) and Encyclopaedia of Indian Cinema (with Paul Willemen) (1994). Among his curatorial projects are (with Geeta Kapur) Bombay-Mumbai 1992-2001 (Century City, Tate Modern, 2001) and Tah-Satah: A Very Deep Surface (Jawahar Kala Kendra, Jaipur, 2017). 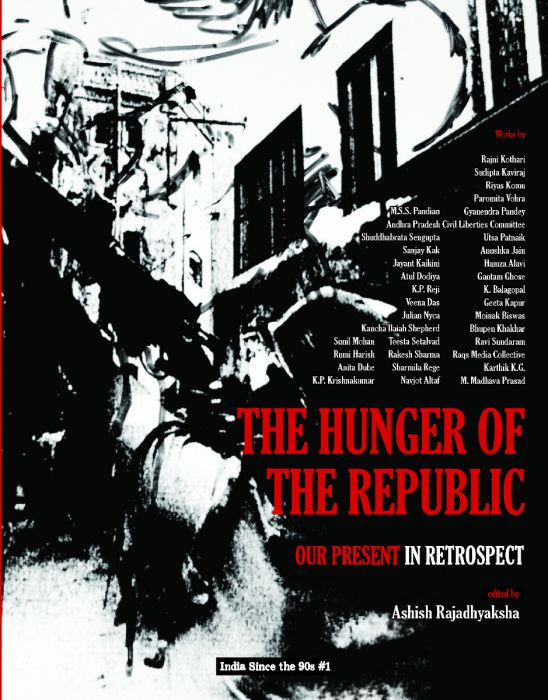