Portal: The Curious Account of Achintya Bose, conceptualized, compiled and reproduced by Shan Bhattacharya, recipient of the Umrao Singh Sher-Gil Grant for Photography, 2015 (instituted by the Sher-Gil Sundaram Arts Foundation), presents the personal diary of the owner of a small photography studio in Calcutta, India, maintained sporadically from 1994 to 1996, before his sudden unexplained disappearance. The diary is a fictional ‘found archive’ that contains his collection of photographic prints, letters, torn pages from books, newspaper and magazine cuttings, declassified police records, polaroids and print advertisements obtained from different sources. Through these documents spanning the twentieth century, he attempts to trace photographic ‘evidence’ and information about an elusive woman who seemingly does not age through a century. Mr Bose’s search is also a journey through the local history of vernacular photography and regional publications that reflect popular culture, politics, fashion, design, advertising and other iconography, and their transformations over time.

In this book, images serve both as the primary objects of interest and a narrative device. The cover plot interrogates the veracity of photographs – the way they are used as indices and evidence of a person’s existence in spatio-temporal reality. These images are staged in variously contrived scenarios, often taking cues from the several utilitarian subsets of twentieth-century photography–the wedding portrait, the convocation photo, the vacation/holiday photo, candid snapshots, product advertisements–as though taken by different fictional photographers using different image-making aesthetics, techniques and formats appropriate to the time/place/visual cultures that those prototypes historically belong to. Referring to the genre of historiographic metafiction, fictional text and visual elements based on real events and characters are introduced to enable this ‘found archive’ assume certain characteristics of a hoax.

Shan Bhattacharya, recipient of the Umrao Singh Sher-Gil Grant for Photography, 2016, is a self-taught photographer based in Kolkata, India, pursuing personal photography projects and occasional advertising and promotional commissions since 2011. He has briefly worked as the editor of the photography section in The Four Quarters Magazine, an independent art and literature quarterly published from Delhi. His previous bodies of work include Blow (2012) and Hiraeth (2013–15). In 2016, he collaborated with the Calcutta-based avant-garde jazz band, The Bodhisattwa Trio, to produce a small book of abstract photographs as a visual accompaniment to their last concept album, Heart of Darkness. 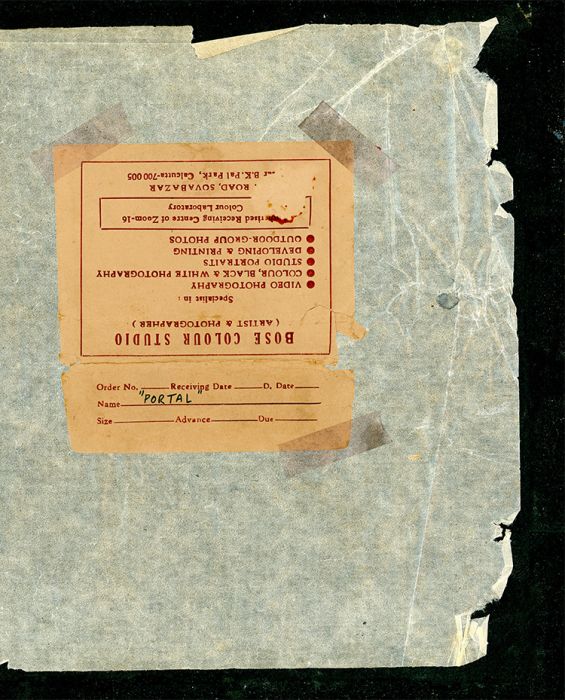