This volume is a part of the research and publication programme of the Indian History Congress to commemorate the tercentenary of the Khalsa. It presents translations of all major Persian sources of Sikh history up to 1765, when Sikh power was established over the Punjab. These sources offer details that are not otherwise available, and richly supplement the information preserved in the Punjabi (Gurmukhi) traditions. Yet, until now, most of the Persian texts translated here have not been available in English; the translations given here thus meet a long-felt need. These are freshly made, with much care exercised to preserve accuracy and provide adequate annotation. Of the two editors, Professor J.S. Grewal has contributed an introduction critically assessing the value of these texts for reconstructing Sikh history. Professor Irfan Habib, on his part, has organized the work of translation, having himself rendered a number of the texts into English for this volume.

J.S. Grewal, formerly Professor of History and then Vice-Chancellor, Guru Nanak Dev University, Amritsar, and Director, Indian Institute of Advanced Study, Shimla, is an eminent historian of the Sikhs, and of medieval and modern Indian history in general. His numerous works include Guru Nanak in History (1969) and Sikhs of the Punjab (1990). 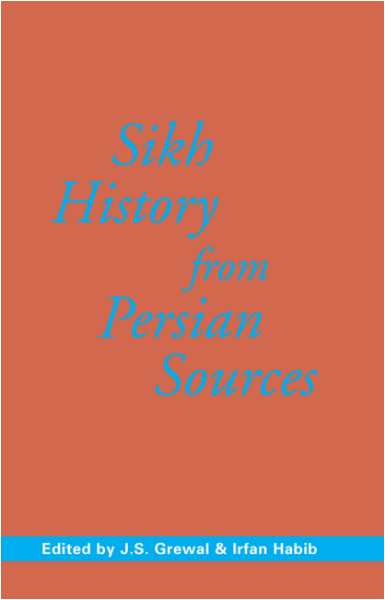