Resistance and Modernization under Haider Ali and Tipu Sultan

Confronting Colonialism: Resistance and Modernization under Haidar Ali and Tipu Sultan, a volume of essays edited and with an introduction by Professor Irfan Habib, commemorates the second centenary of Tipu's final battle against the British at Srirangapatnam in 1799. The essays, devoted to the history of Mysore under Haidar Ali and Tipu Sultan, include presentations made at the annual proceedings of the Indian History Congress since pre-independence days, as well as papers published in various journals and periodicals. They underscore the need to defend the memory of the two rulers who were indomitable opponents of the colonial regime. They remind us that in the conception of our past as held in our nationalist historiography, Haidar Ali and Tipu Sultan have occupied an honoured place. This assumes particular relevance in the current context of a contrary tendency to devalue their contribution. 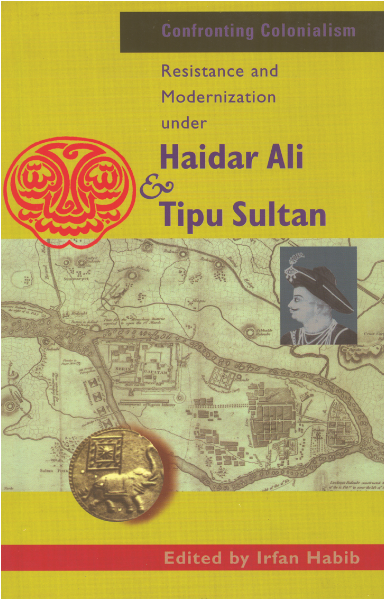