The present volume, State & Diplomacy under Tipu Sultan: Documents and Essays, edited and introduced by Irfan Habib, supplements Confronting Colonialism: Resistance and Modernization under Haidar Ali and Tipu Sultan, which was published in 1999 by the Indian History Congress as part of the Srirangapatnam bicentennial. The main object of this volume is not only to add fresh contributions to the papers collected in Confronting Colonialism, but also to present to the reader documentary evidence that has probably not received its due in studies on Haidar Ali and Tipu Sultan. It is hoped that the translations of texts, commentaries on documents and interpretive essays contained here will mark a further stage of progress in the exploration and use of source material on Tipu Sultan in both Persian and French. 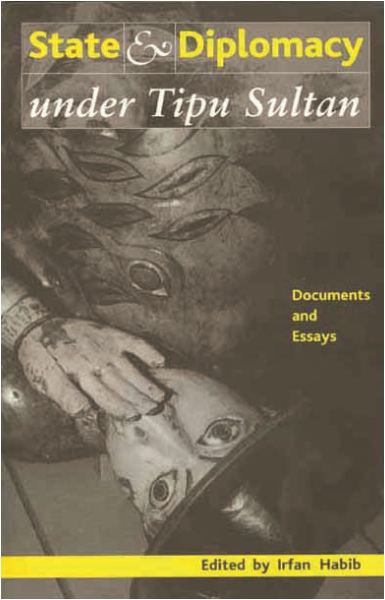