The Politics of Labour in Colonial India

Published in association with Association of Indian Labour Historians

In contemporary India, work for wages expands substantially as a mode of subsistence while ‘labour’, at the same time, suffers a dramatic depreciation as a political force and as a target of state policy. This is a reversal of earlier, a little-understood process that originated in the late colonial period but fully unfolded in the years of Nehruvian rule. The six essays of this volume reconstruct this now marginalized political history of an ‘age of labour’ from various angles, using previously inaccessible police records, rare autobiographical documents and other neglected material. They examine how political conflict, militancy and trade union activism were rooted in the everyday lives of construction workers and artisans, of ‘untouchable’ tanners and sweepers, of seafarers, railway staff and factory labourers, throughout the late colonial period. They analyse how transformed politics of caste intersected with the late colonial upsurge of labour politics. They reassess the complex relationships of nationalist mobilizations and labour movements, of elite politicians and an emergent group of ‘organic’ worker-intellectuals and proletarian militants. They provide meticulous reconstructions of how incidents of labour protest unfolded in India’s varied industrial spaces. They argue, in sum, for a reappraisal of Indian labour history as an eventful political history. The volume is rounded off by the political memoirs of Bashir Ahmed Bakhtiar tracing his metamorphosis from militant worker to trade union leader. The memoirs, originally published in Urdu, are made available in English translation for the first time and are provided with a detailed introduction.

Ravi Ahuja is Professor of Modern Indian History at the Centre for Modern Indian Studies, University of Göttingen, Germany. He works on various problems of social history, including labour, urbanism, infrastructure and war.
HISTORY | LABOUR STUDIES |
Skip to the end of the images gallery 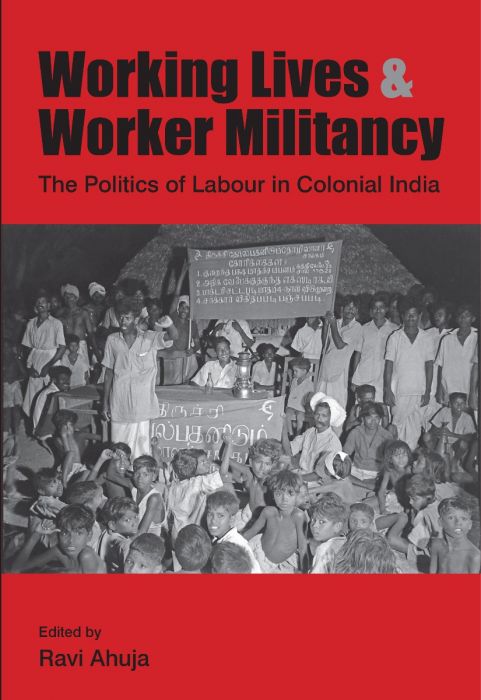