A Political and Economic History

A People's History of India 6

Post-Mauryan India, 200 BC – AD 300: A Political and Economic History, as part of the People’s History of India series, deals with the five hundred years that, in the political sphere, are associated with the dominance of Indo-Greeks, Sakas, Kushans and Satavahanas. The volume also offers a detailed survey of the economy of the period, which saw important changes, in craft production as well as overseas trade. (The changes in the caste system and cultural life during this long period will be treated in a separate volume.) A special feature of the present volume is that the information contained is based on fully updated material. As with other volumes of the series, translations of select inscriptions and extracts from texts are appended to each chapter. There are special notes (by way of technical aids) on the Puranas, the Shangam texts and Kushan chronology; and on Numismatics and elementary concepts of Economics. In addition, there are seven maps and twenty-four illustrations, being mainly reproductions of coins and sculpture. The book should be of use to both the general reader and the student, in that it covers topics that a people’s history should especially deal with, namely, factors affecting the lives of ordinary people, and also those that history textbooks are normally concerned with. 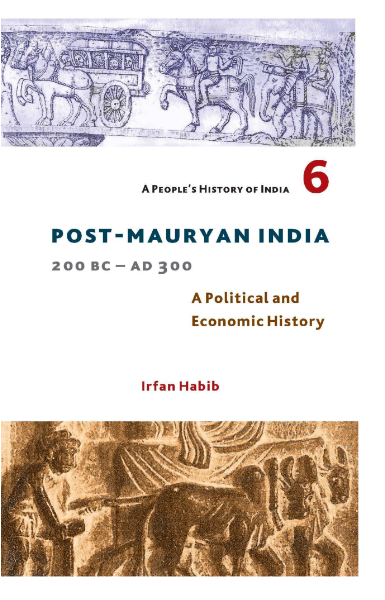 “This volume of the People’s History of India deals with not just five hundred years of its history but also an important phase in the making of early India…. The spread of the peasant frontier into the Deccan, east and south India comes alive in the discussion.”