This study of the Sree Narayana Dharma Paripalana Yogam (SNDP Yogam), one of the earliest social reform movements in Kerala, investigates the relationship between social reform, religion and caste. The Yogam drew inspiration from the ideas of Sree Narayana Guru, which suited the aspirations of the upwardly mobile Ezhava middle class. In both religious and social matters, the Guru was a traditionalist who adopted a rational stand and strove to create a modern outlook among the masses. He thought of the temple as a social space in which people could meet and exchange ideas. While pursuing his spiritual mission, he advocated education, industrialization and the abolition of caste as prerequisites for social regeneration.

This work demonstrates how the SNDP Yogam focused on issues of education, government employment, industrialization, the abolition of cyclical rituals and caste, anti-alcoholism, and the demand for a new law of inheritance. Looking at the interface between the Guru’s ideas and the Yogam’s efforts in the direction of socio-economic reform and political democracy, one is able to discern the onset of modernity in Kerala. However, gradually, disjunction between principles and practice led to a decline of the SNDP movement. Ironically, since it was largely centered on the interests of the privileged sections of the Ezhava community, the movement achieved Ezhava solidarity only around caste. This study is also significant, therefore, for providing an example of a social reform movement turning into a caste solidarity movement.

P. Chandramohan did his Master's in History from Calicut University, Kerala, and pursued his research on the Social and Cultural History of Modern Travancore at the Centre for Historical Studies, Jawaharlal Nehru University, New Delhi. He retired as Museum Curator, Nehru Memorial Museum and Library (NMML), New Delhi, in 2012, after having served in various positions in that institution for over thirty years: having joined as a researcher, he went on to head the Manuscript Division (Archives), Reprography Unit and Preservation Section. He has published research articles in books and journals such as Studies in History, Indian Historical Review, State and Society and Journal of Kerala History.

HISTORY | CASTE STUDIES |
Skip to the end of the images gallery 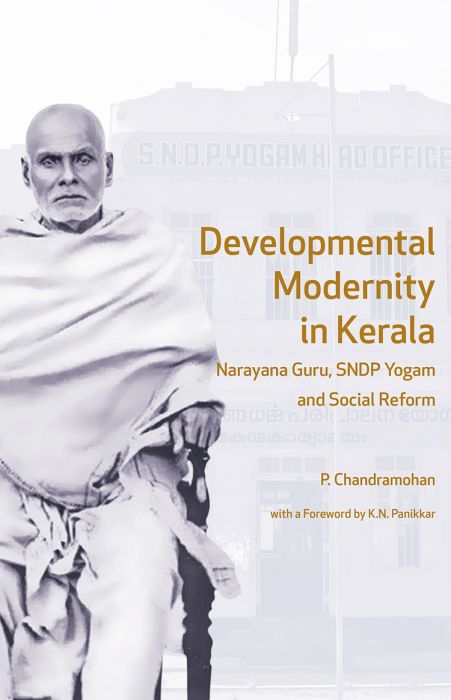