Flexibility of Labour in Globalizing India

The Challenge of Skills and Technology

Globalization is primarily about the steady growth of economic liberalization around the world, and the drift to a market society in which privatization and commercialization of social policies have followed the process in economic sectors. One of the apparent consequences is a remarkable growth of various forms of economic inequality and insecurity. This book considers a wide range of economic explanations for the increasing wage gap in a globalizing India in a way that will fascinate scholars for years to come.

The focus of the book is on how workers and small enterprises in India fare when faced with the processes of globalization and liberalization. While most discussions on globalization stop with the impact of the opening up of the economy on large enterprises and workers in them, here the authors try to tell the story of what happens to workers and enterprises at the bottom of the pyramid.

Among the key questions raised in this study about the experience of Indian development since the onset of economic reforms in 1991, three are especially worthy of reflection. First, the difficulty of a dualistic notion and the limitation of the notion of informal sector: while there has been a growth in labour informalization and production in small-scale units, much of the informal labour is in or around large-scale producers. As a result, India has acutally created a highly flexible labour system. Second, the issue of outsourcing of jobs which has excited comment around the world: while there is an international re-division of labour taking place, the general equilibrium dynamics of this process defy easy description. Third, the limitations in the conventional analysis of the links between educational skills and economic performance: while the commercialization of education is a matter of serious concern, it is not necessarily correct to presume that formal schooling is an adequate proxy for the possession of skills in workers.

Jeemol Unni is Professor of Economics at the Gujarat Institute of Development Research, Ahmedabad, India. Her recent books are Informal Economy Centrestage: New Structures of Employment (2003), co-edited with Renana Jhabvala and Ratna M. Sudarshan, and Sustainable Development and Social Security: Role of the Non-Farm Sector (2000).

Uma Rani holds a PhD in economics from University of Hyderabad. She specializes in Labour and Institutional Economics, and has recently joined the International Institute of Labour Studies, ILO, Geneva as a researcher.

ECONOMICS | LABOUR STUDIES |
Skip to the end of the images gallery 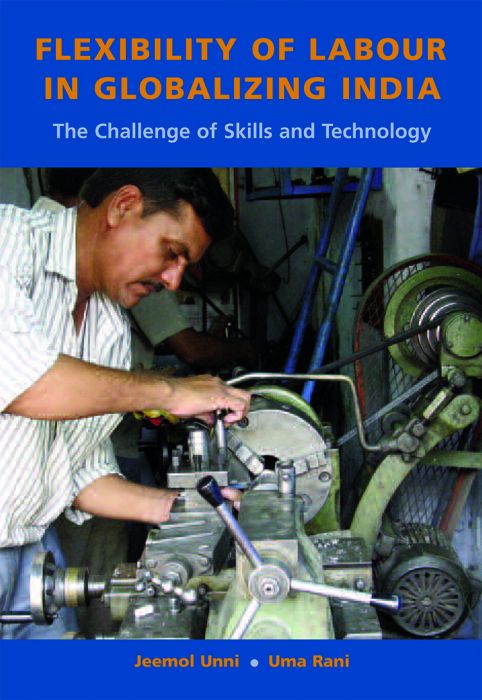