The global financial crisis that exploded around September 2008 was just one more in a series of crises that have affected more than sixty countries in the era of financial liberalization. Of course the latest crisis is particularly significant in a number of ways: it originated in the core of capitalism, in the United States; it has spread dramatically across the world, even to countries that earlier seemed to be relatively secure; it calls into question many of the mainstream economic dogmas that have dominated economic policy-making for more than two decades. Yet, in some other ways, the current crisis is not very different from those that have preceded it in the recent past.

July 2007 marked the completion of a decade since the onset of financial crisis in several East and Southeast Asian countries. The crisis of 1997 focused attention on the dangers associated with a world dominated by fluid finance. It brought home the fact that financial liberalization can result in crises even in so-called 'miracle economies'. Prior to the crisis, the pace and pattern of growth in many countries in that region were challenging the dominance of the original capitalist powers over the global economy. The 1997 crisis set back that process, and even after a decade many of these countries have not been able to recover their pre-crisis dynamism.

In hindsight, it is clear that currency and financial crises have devastating effects on the real economy. The ensuing liquidity crunch and wave of bankruptcies result in severe deflation, with attendant consequences for employment and the standard of living. The adoption, post-crisis, of conventional IMF stabilization strategies tends to worsen the situation: governments become so sensitive to the possibility of future crises that they continue to adopt very restrictive macroeconomic policies and restrain public expenditure even in crucial social sectors. Finally, asset-price deflation and devaluation pave the way for foreign capital inflows that finance a transfer of ownership of assets from domestic to foreign investors, thereby enabling a conquest by international capital of important domestic assets and resources.

This book delineates the alternative trajectories of post-crisis development in different economies, the lessons they offer and the implications they have for alternative policies. It is important to take stock of these processes not only for understanding the experience of the ‘crisis economies’ of East and Southeast Asia, but also because it is becoming evident that the international financial system has still not evolved effective ways of preventing such crises among emerging economies and of reducing their damaging effects. Indeed, an examination of the post-crisis experience of countries outside East Asia reveals important similarities (as well some differences) that have implications for all developing countries that have undergone a significant degree of global economic integration.

This book therefore has a wider focus than the East Asian ‘crisis economies’ alone: it tries to situate post-crisis developments in a broader analysis of the recent political economy of international capitalism, in particular, the role of mobile finance. It also offers comparative perspectives on post-crisis restructuring in other developing countries that have experienced crisis; as well as on the experience of other Asian countries that were affected by, but did not experience the financial crisis. While the essays in this book were originally written in 2007, they still remain extraordinarily relevant to the present times, not least because they anticipate the processes that led to the global financial meltdown in 2008. A key insight of much of the analysis in this book is how market-oriented strategies to cope with the crisis created further financial fragility in many post-crisis economies. To that extent, many of these papers effectively predict the severe impact the current global crisis is having on both financial variables and the real economy, in developing countries in particular.

C.P. Chandrasekhar is an economist and former Professor of Economics, Jawaharlal Nehru University, New Delhi. He is a regular columnist for Frontline, Business Line and Economic and Political Weekly.

Jayati Ghosh taught economics at Jawaharlal Nehru University, New Delhi for nearly thirty-five years and is now Professor of Economics, University of Massachusetts, Amherst, USA. She has been Executive Secretary, International Development Economics Associates (IDEAs) and serves on a number of international commissions. 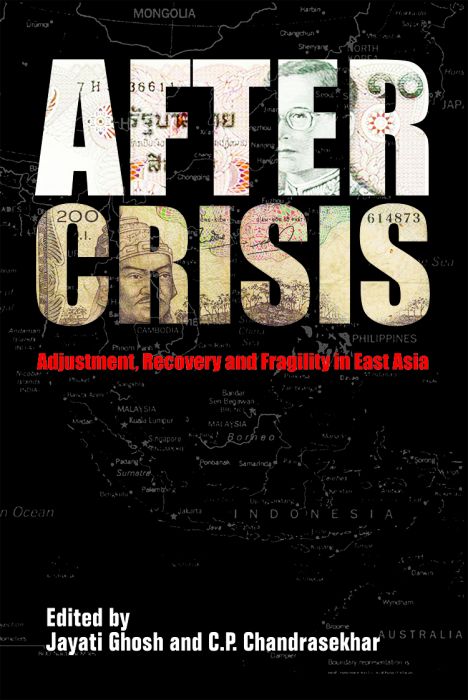