Focusing on four primary motifs – ‘September 11’, Islamophobia, Truth and Reconciliation, and non-violence – this book offers a non-Eurocentric perspective on the dangerous liaisons between terror and performance. Instead of equating ‘terror’ with ‘terrorism’, it offers alternative epistemologies and narratives of terror by drawing on a vast spectrum of human cruelties relating to war, genocide, apartheid, communal and ethnic violence, in India, Rwanda, South Africa and Palestine, among other parts of the global South.

From exposing the liberal biases of ‘September 11’ as the paradigmatic event of terror in our times, the book reflects on how the ‘war on terror’ has catalysed an upsurge of Islamophobia in the performances of everyday life. Against the fictions of ‘passing’, ‘covering’ and ‘queering’ Muslim identities, the book juxtaposes the very real terror of genocide and communal violence in which Muslims have been marked and killed.

Extending the concept of ‘performance’ beyond theatre practice, the book also interrogates the performativity of political discourse with particular reference to state-sponsored processes of Truth and Reconciliation in post-genocide Rwanda and post-apartheid South Africa. By contrasting the conflicting modalities of Truth and Reconciliation, it questions how the performances of guilt, confession and forgiveness can be valorized at the expense of securing justice for the victims.

To what extent can non-violence serve as an instrument of justice in the age of terror? Is it possible to envision justice outside the strictures of the law? The concluding chapter of this book probes these questions through the activist performances of Mahatma Gandhi in a larger context of critically re-examining his role as a one-man Truth Commission. Affirming the need for non-violent political resistance, Terror and Performance envisions how a turbulent peace may be realized through the uncertainties of the here and now.

Rustom Bharucha is an independent writer, director and dramaturge based in Calcutta. He was Professor of Theatre and Performance Studies in the School of Arts and Aesthetics at the Jawaharlal Nehru University, New Delhi. He is the author of several books, including Theatre and the World, The Politics of Cultural Practice, The Question of Faith, In the Name of the Secular, Rajasthan: An Oral History and Another Asia: Rabindranath Tagore and Okakura Tenshin.

CULTURAL STUDIES | THEATRE |
Skip to the end of the images gallery 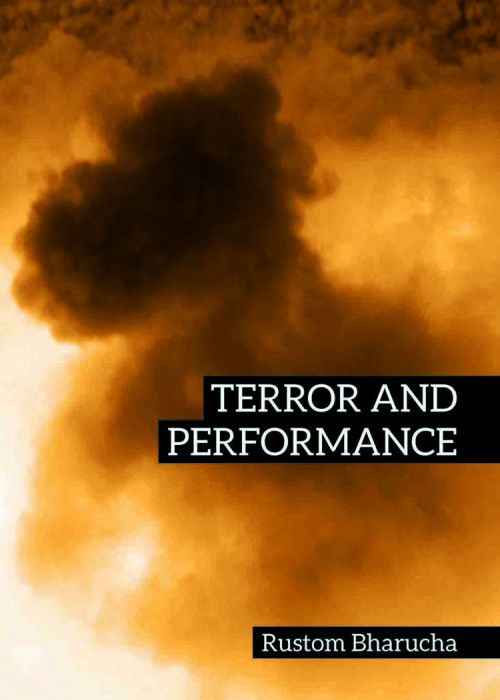 “Rustom Bharucha’s Terror and Performance stages a rigorous and challenging analysis of the relation between terror and performance. The book unpacks the entangled relations between performance, embodiment, violence and history. In the course of his book, Bharucha raises provocative questions that unsettle doxic understandings of both terror and terrorism. His book, I argue, works to materialise unspeakable truths that shed light on the complex aporias that inscribe the relation between terror and performance.”

“Given Bharucha’s expertise and passionate involvement in theatre and the ideas of performance, throughout the book, he makes detailed and nuanced detours into the literature on these disciplinary domains in an attempt to make sense out of specific events of terror.”