Colonialism and Children’s Literature in Bengal

Literature for children is a distinctive achievement of the Bengali language. In it, we get numerous illustrations of primers that are meant to initiate reading and writing among children, poems and nursery rhymes, fables and fairy tales, prose pieces and stories, plays and novels – all of which are unique in their style and content, exceptional in their taste and flavour. Literature for children has led to the production of innumerable books in Bengal; countless magazines and annual Puja numbers of journals have put together, year after year, stories, poems and plays for children. There is hardly any adult writer of stature who has not contributed to this venture.

Even when we assess the nature of ideas and beliefs, Bengali children’s literature does not pall. In fact, it is a contentious site of trends and counter-trends that can be charted within inventive writings for children. Its multifarious potential was quite manifest in the colonial era and a few decades following India’s independence. The Gopal–Rakhal Dialectic: Colonialism and Children’s Literature in Bengal offers an evaluation of the strengths and possibilities of this very literature.

Nivedita Sen teaches English at Hansraj College, University of Delhi. Her book Family, School and Nation: The Child and Literary Constructions in 20th-century Bengal (2015) has been published by Routledge. She has rendered into English a substantial volume of Bengali fiction, many of them for children. She has contributed to Alice in a World of Wonderlands, a compilation of essays on the translations of Lewis Carroll's Alice.

Rani Ray has taught English at the University of Delhi, University of California at Santa Barbara, and Institute of English Studies at Lodz (Poland). She has translated many short stories from Bengali to English, including those by Ritwik Ghatak, Bibhutibhushan Bandyopadhyay, Sunil Gangopadhyay, Joy Goswami and Anita Agnihotri.

Sibaji Bandyopadhyay is former Professor of Cultural Studies, Centre for Studies in Social Sciences, Calcutta (CSSSC), and former Professor of Comparative Literature, Jadavpur University, Kolkata. Among his many books are: Three Essays on the Mahabharata: Exercises in Literary  Hermeneutics (2016); Gopal–Rakhal Dvandasamas: Uponibeshbad o Bangla Sishu-Sahitya (2015), translated into English as The Gopal–Rakhal Dialectic: Colonialism and Children’s Literature in Bengal (2015); Sibaji Bandyopadhyay Reader (2012); and The Colonial Chronotope (1994). Besides essays, he writes poems, stories, novels and plays in Bengali. The first volume of his Complete Works (including English writing) was released in 2017. Sibaji Bandyopadhyay has received the Vidyasagar Memorial Award 2010 for lifetime achievement in the sphere of Bengali prose; the Sisir Kumar Das Memorial Award 2010 for his contributions to Bengali literature; and the Buddhadeva Bose Memorial Award 2016 for his contributions in the arena of Bengali and English essays. 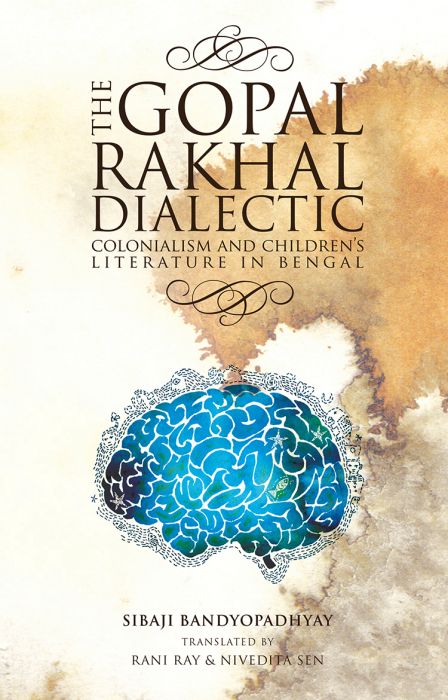