The controversy over the history of a small site in the city of Ayodhya has been a blot on the recent history of India, not least because it has led to the deaths of hundreds of people. Was there indeed a temple commemorating the birth of the god Ram under the Mosque built by a general of Babur? For many who were not drawn into one or other position, this began to look like a matter of ideology rather than fact. This, until the time when the High Court of Allahabad directed the Archaeological Survey of India to open up the ground under the Mosque, by then broken down by the vandals of 1992, to search for temple remains. The Archaeological Survey excavated the site of six months in 2003 and submitted its report the same year. The report gave the suggestion that there are traces of a pillared temple in strata under the Mosque. While this book places on record the reasons why two scholars conclude that claims about the temple are not credible, in the broader sense it also indicates why attempts to ‘restore’ holy places to their ‘original’ owners can be self-defeating projects.

In this book two archaeologists discuss the excavated data and the presentation and interpretation of these data by the Archaeological Survey. They critique the methodology that was followed, show that certain excavated objects are not compatible with temples, question the existence of the foundations of temple pillars in strata beneath the Mosque, and observe that there are very few architectural features that can point to the remains of a temple at the site. What is the evidence that can point to the destruction of a public building at a particular site? In explaining this and the problems of the relative dating of floors and walls, it has been the endeavour of the authors to make stratigraphic archaeology intelligible to the lay reader.

The authors have written this book not because they claim to have the last word, but because they are convinced that thinking people should peruse the evidence for themselves and make up their own minds. Such issues cannot be left to the specialists in the mistaken notion that archaeology is the realm of the technical or the esoteric.

D. Mandal has been involved in the excavation of a wide range of archeological sites over the last several decades. He is the author of Radiocarbon Dates and Indian Archaeology (1972) and Ayodhya: Archaeology after Demolition (1993), and has co-authored Excavations at Mahagara (1980), Beginnings of Agriculture (1980) and History to Prehistory (1980). He taught in the Department of Ancient History, Culture and Archaeology, University of Allahabad.

Trained in Indian and Western Asiatic archaeology, Shereen Ratnagar is the author of books and academic papers on the Indus civilization: its overseas trade, political organization, cities, and its decline, as well as studies on pastoralism and urbanism. Her interest in the conceptualization of the early state, of non-stratified tribal socieities, and of the limits and potentials of non-market economies, has coloured much of her work. She has also been investigating the sources of certain assumptions behind current archaeological interpretations. She has made interventions concerning the political abuse of archaeology.

ARCHAEOLOGY | HISTORY |
Skip to the end of the images gallery 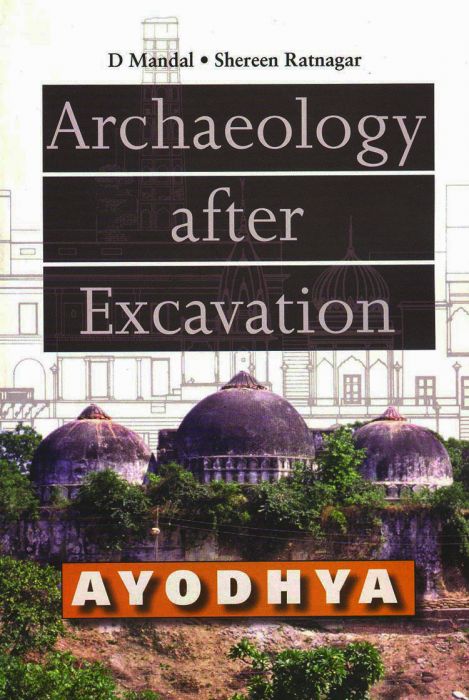