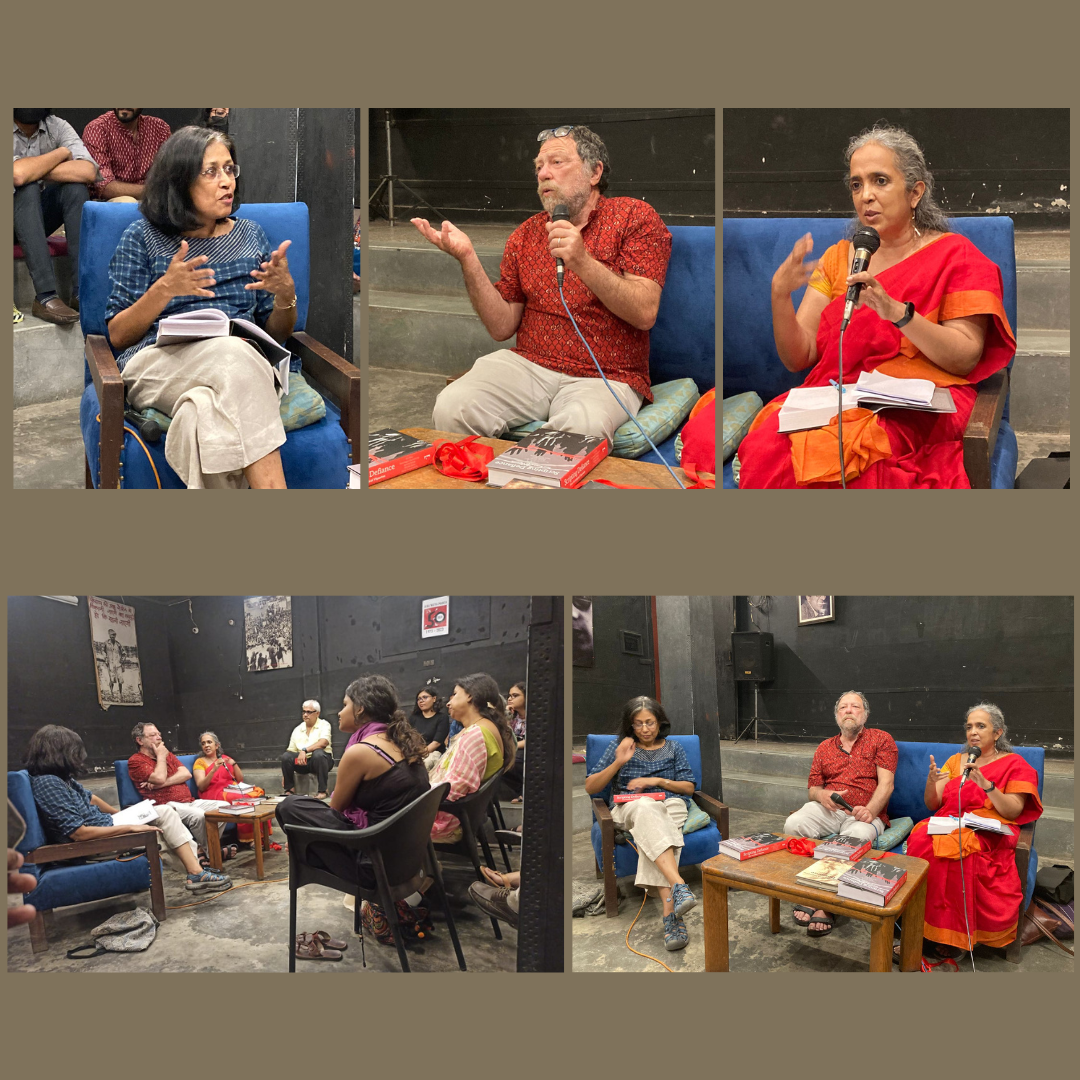 The book was released by Professor Nandini Sundar, and was followed by a conversation between her, Ari Sitas and Sumangala Damodaran. The programme concluded with a play by Jana Natya Manch, Katha Kalratri Ki, written by Komita and Brijesh, directed by Sunil Shanbag.