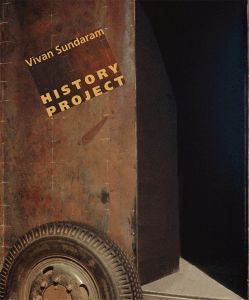 Vivan Sundaram: History Project is a close reading of the first site-specific, architectural-scale installation staged in India. An innovative artist, Vivan Sundaram works with a range of ... 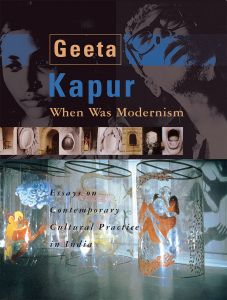 A commitment to modernity is the underlying theme of this volume. Through essays that range from interpretive and theoretical expositions, the author seeks to situate the modern in contemporary cul...

Ruth Rosengarten is an artist and writer. She lives and works in England. She received her PhD in art history at the Courtauld Institute in London, and has lectured in South Africa, Portugal and Engl

Achin Vanaik is a writer and social activist, a former professor of political science at the University of Delhi, and a Delhi-based Fellow of the Transnational Institute, Amsterdam. He is the autho

Nicos Trimikliniotis is a Cypriot sociologist and lawyer associated with the University of Nicosia, Cyprus, and co-leads a programme on Reconciliation on the island of Cyprus.

Elisabeth Armstrong is Associate Professor in the Program for the Study of Women and Gender at Smith College, Northampton, Massachusetts, USA. She is the author of The Retreat from Organization: U.

Ari Sitas, a South African writer and a sociologist, works at the University of Cape Town, South Africa. He has been a leading scholar among the development alternative sociological voices in Southern

A.G. Noorani is Advocate, Supreme Court of India, and a leading constitutional expert and political commentator. He is a regular columnist for Frontline and the author of numerous books, including:

Rimli Bhattacharya trained in Comparative Literature at Jadavpur and Brown Universities. She has published on gender and performance, primary education, children's literature and expressive forms

Uma Chakravarti taught history at Miranda House, University of Delhi. Her publications include Delhi Riots: Three Days in the Life of a Nation (joint editor, 1987), The Social Dimensions of Early B

Sumangala Damodaran is an economist and a musician, involved in teaching and research in economics, development studies and popular music studies at Ambedkar University Delhi (AUD). She has undert

Marie Monique-Robin is an award-winning investigative journalist and documentary filmmaker.

Trained in Indian and Western Asiatic archaeology, Shereen Ratnagar is the author of books and academic papers on the Indus civilization: its overseas trade, political organization, cities, and its

Romi Khosla is an architect whose desgin studio is in Delhi. He graduated in economics from Cambridge University, worked with Price Waterhouse in London and then graduated at the Architectural Asso

Barnita Bagchi obtained a BA in English Literature from Jadavpur University, Kolkata, India, an MA from St Hilda's College, University of Oxford (where she was a Hewitt Exhibitioner), and a PhD fro

Uma Rani holds a PhD in economics from University of Hyderabad. She specializes in Labour and Institutional Economics, and has recently joined the International Institute of Labour Studies, ILO, Ge

Wiebke Keim is a German sociologist at CRNS in Strasbourg, France, and coordinates, through the Albert Ludwigs University of Freiburg, Germany, a major research programme on circulating knowledge betw

Born and educated in Culcutta, Sumanta Banerjee specializes in research on popular culture and the social history of nineteenth-century Bengal. His published works include The Parlour and the Stre

Pradip Kumar Datta is the author of Carving Blocs: Communal Ideology in Early Twentieth-Century Bengal (1999) and one of the co-authors of Khaki Shorts and Saffron Flag: A Critique of the Hindu Rig

Rustom Bharucha is an independent writer, director and dramaturge based in Calcutta. He was Professor of Theatre and Performance Studies in the School of Arts and Aesthetics at the Jawaharlal Nehru